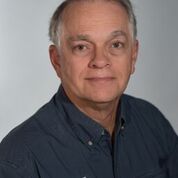 John grew up on Ottawa. He was educated at Queen’s U. in Kingston. After which he became a professional accountant and worked in the accounting field for 25 years.
In 2000 he became owner/partner in an IT consulting business for 5 years in Atlanta GA. Following this he earned an MCSE from Microsoft then purchased his Computer Troubleshooters franchise in 2005. He has been successfully operating CT St. Catharines ever since. Recently the franchise has expanded into the Grimsby market.
John is married with two daughters and a new grand daughter a new grand son and a bassett hound named Marvin.
Leasure time is spent on racquet sports and golf.